This one is off the ”King Articulate” album by Thorough. ”Mowgli” is produced DJ Proof. If you’ve been following us long enough you should be familiar with Thorough…if not I recommend you start here, here and here.

Sucka Free is off the Ruste Juxx in collabo with producer Tone Spliff album ”Magma”. Guest MC on this track is U.G. of the Cella Dwellas a.k.a. The Dwellas.

Production by Pitch 92. This is ”State Of The Union (Freestyle)” by veteran UK MC Jehst.

I’m of the opinion that the term ”Legendary” is used way too often. Just ask Mello Music Group and Apollo Brown what I’ve expressed to them! However, when it comes to The Rhyme Inspector Percee P I feel pretty comfortable using the term. The track ”Making Music” is from the compilation ”Afro Picks vol.1” released by Culture Power 45 together with Cocoonmovemnents. The compilation features many known and less known artists and is available digitally and on vinyl through this link.

So, this is not a brand new video but I only found it about a week ago! This is probably the first ever Murs post on 1200.nu. This track comes from the album ”The Iliad is Dead and the Odyssey is Over” released August 2019 and as you might have guessed produced by 9th Wonder. 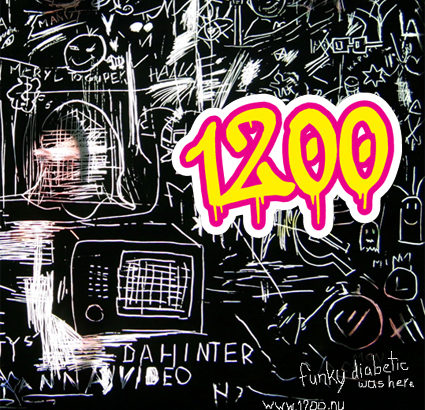 Track off the ”May The Lord Watch” album by the now duo Little Brother. ”Everything” is produced by the great Khrysis.

Horn-laced track on this Mono En Stereo production by Homeboy Sandman. Track called ”Name” is from the ”Dusty” album released on the Mello Music Group label. If you happen to recognize the sample…its because H.S. already delivered a track over a similar flip called ”I Knew”. I suggest you do your homework!

Veteran MC Smooth B drops an unexpected video that made me reminisce of the good Nice & Smooth days! Keep eyes and ears open for more material dropping!

From the Busta Rhymes’ Conglomerate camp we get ”How Low The Casket Goes” by Prayah with assistance by Rapsody and B.Worried. On production is 9th Wonder.

Pitch 92 on production for the new High Focus signee TrueMendous who’s been releasing heavy music for years. We hope this is a sign of a new album on the making.