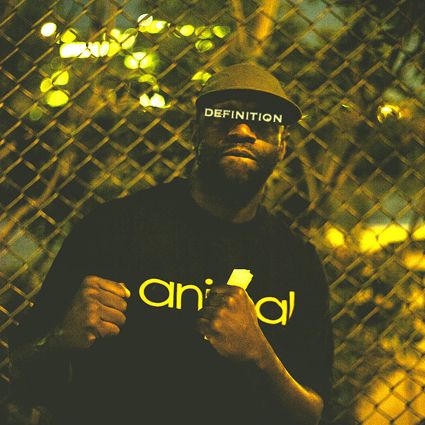 ”I met Mr. Green outside the (Roots) picnic in 2012 while he was doing his Live from the Streets thing… he had a microphone, a speaker, a beat machine and everything all in his lap… like a portable setup…. it was crazy because it kind of reminded me of the way we used to set up on South St. before we got a deal. I was like damn, I need to work with someone like that… That’s what made me gravitate to him and his sound.   It’s straight to the point.. it’s on point.  Our chemistry is just crazy man…  Our chemistry is like algebra.”