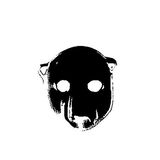 Episode no.97 by DJ Bjarne B consists of a blend of Swedish and US hip-hop and funk. #allvinyl
Check DJ Bjarne B’s and Riktig Skit Radio Mixcloud channel for more fine, fine blends!