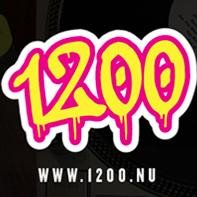 Episode no.98 of the 1200 podcast. Lots of super tasty music!
If you’re anywhere near the city of Stockholm on Friday 7th (June) come throught Barrels as I’m celebrating some 44 years of fabulous life! It all starts at 7 o’clock on Bysistorget 4! Welcome! #birthdaybash